Corona- What did I miss?

An update from the board: 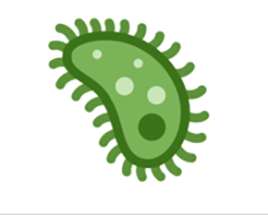 A board year during corona, as if it is not normally heavy enough.

On March 10, the realization came, corona is now very close. That day, the decision was made that the March 2020 graduation ceremonies would not take place and that Nexus (building where Innovum is located) was only open to take lessons, so no longer for other activities. Okay, too bad, but we have a lustrum gala for 400 people on Friday. And now? The same day we took home all the things we would need for the gala, so they will be at home. Unfortunately, we had to decide to cancel on Wednesday March 11, 2 days before the gala.

And what are we going to do now? Which activities will continue? What other activities do we need to cancel? And when will we see each other again?

After canceling almost all activities and having a mental breakdown, we eventually turned the negative spiral into something positive. Looking at what is possible and what we can help with. For example, the Friday afternoon drinks went digital, first via MS Teams, but when the group became too large, it was changed to Discord, there were several rooms to chat in small groups. Or change the LAN party, an activity that normally takes place in the booth, into a WAN party. An online game server that ran 24/7 and was fully occupied at least every Wednesday. Not only members and students of Fontys Engineering attended, but also students of Applied Natural Sciences and ICT.

In the meantime we were invited by Ella, director of Fontys engineering, to join the Central Operational Consultation Engineering (COOE). Issues such as online education, taking exams and the well-being of teachers, staff and students were discussed. Since we represented the students in this meeting, we conducted research at various times into what students thought of the situation and what or how we or Fontys engineering could do to improve the well-being of students.

The biggest bright spot came on the Wednesday of the introduction week, in the Innovum room, which has now been made corona proof. The first enrollments of study year 2020-2021. Meanwhile (mid-September 2020) the registrations are only a few behind the average and with an open room we are well on our way to making it a great school year again. In which major changes, a mix of online and offline activities, a delayed lustrum and (hopefully) the 1000th member will be central.

We hope everyone got through the crisis well. If you are looking for help, a listening ear or whatever, come walk into the loft. There is always someone who is willing or able to help you.